"Josep" is screening as part of the 20th Sacramento French Film Festival.

In February 1939, after the fall of Barcelona to General Franco’s troops, nearly 500,000 Spanish Republicans crossed the Pyrenees to find refuge in France. Overwhelmed by the flood of people, the French government built concentration camps, confining the refugees – men, women, and children alike – in squalor.

Among those anti-fascist refugees was Catalan artist Josep Bartolí, who created a visual record of the abysmal conditions in which he and his fellow Republicans were kept. "Josep" tells Bartolí’s story through a fictionalized friendship with Serge, a young French gendarme (policeman) who is much kinder than his peers. The film is told in flashback by the elderly Serge to his teenage grandson.

Beautifully crafted by French cartoonist and comic book artist Aurel, whose work can be found in "Le Monde" newspaper, and written by Jean-Louis Milesi, "Josep" revisits a period in French history that has rarely, if ever, been portrayed on screen, and is not taught in schools. It makes for a fascinating learning moment as it unveils the shameful role played by the French police during the Spanish Civil War and World War II.

"Josep" is a magnificent and harrowing animated film, made by an artist about another artist who kept drawing, no matter the hardship he faced. An unforgettable experience. 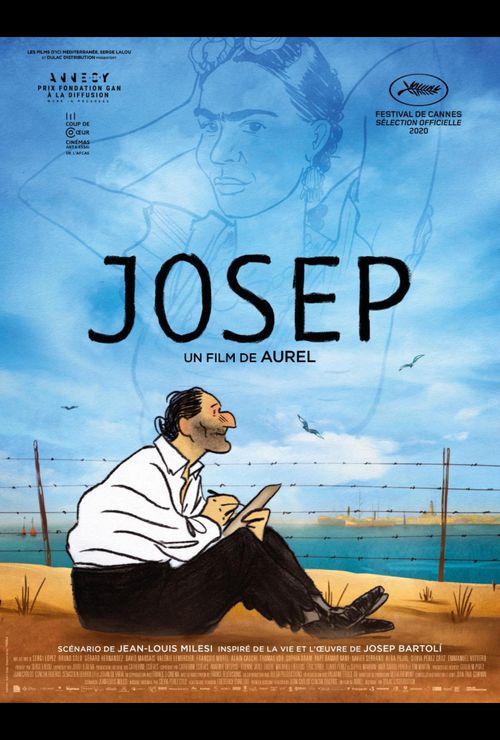