In this high-energy dark comedy by Albert Dupontel ("See You Up There"), a seriously ill woman tries to find her long-lost child with the help of a suicidal man and a blind archivist. "Bye Bye Morons" was the big winner of the 2021 Césars (French Oscars) with six awards, including Best Film and Best Director.

When 43-year-old hairdresser Suze Trappet (Virginie Efira) finds out that she’s terminally ill, she decides to go search for the child she was forced to give up when she was only 15.

Looking for answers at Social Services, Suze stumbles upon JB (director Albert Dupontel) and witnesses his suicide attempt turn into an accidental co-worker shooting. The only one who can vouch for his intentions, Suze blackmails JB into using his IT skills to help her in her quest. Mr. Blin (Nicolas Marié, winner of the César for Best Supporting Actor), an over-enthusiastic blind archivist, joins them as they set off on a hilarious, poignant, and spectacular journey across the city in search of Suze’s long-lost child.

Like all of Dupontel's films, "Bye Bye Morons" drags you into its own universe for an unforgettable trip. It flawlessly bounces between comedy, melodrama, satire, tragedy, romance, and mystery. Add a dose of social commentary and you have the best French film of the year! 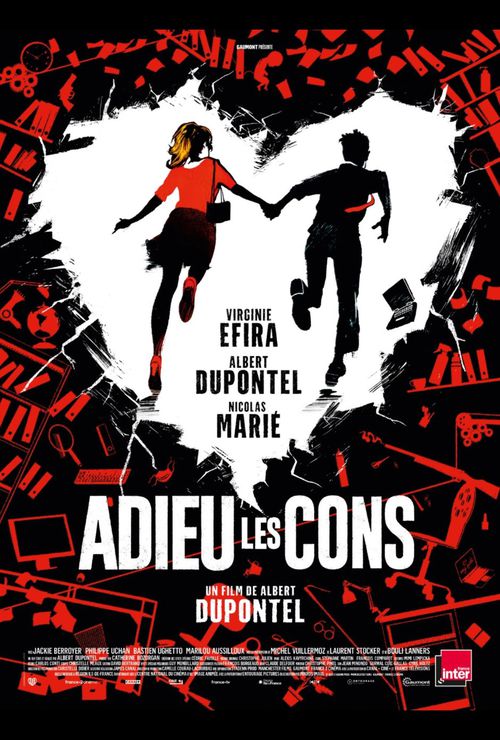