In MADELEINE COLLINS, Judith (the always sublime Virginie Efira) leads a double life between Switzerland and France. Working in both countries as a translator for an international organization, she lives in a small apartment in Geneva with unemployed Abdel and their little girl. While in France, she is happily married to Melvil, a famous orchestra conductor, with whom she shares a sumptuous Parisian apartment and two older sons.

Becoming so entangled in secrets and lies that even she can barely keep them straight, Judith begins to lose control over her two worlds. But why is she pretending? What is she trying to hide? Who is she really? It won’t be before being expertly led in all directions by writer-director Antoine Barraud that we will slowly discover the truth.

MADELEINE COLLINS is a pure Hitchcockian thriller and Virginie Efira makes a perfect addition to the list of cool blond actresses favored by the “Master of Suspense.” How can we not think of VERTIGO and Kim Novak when Judith puts her long hair up in a bun as she rides on a train that takes her from her life in Geneva to her other life in Paris? 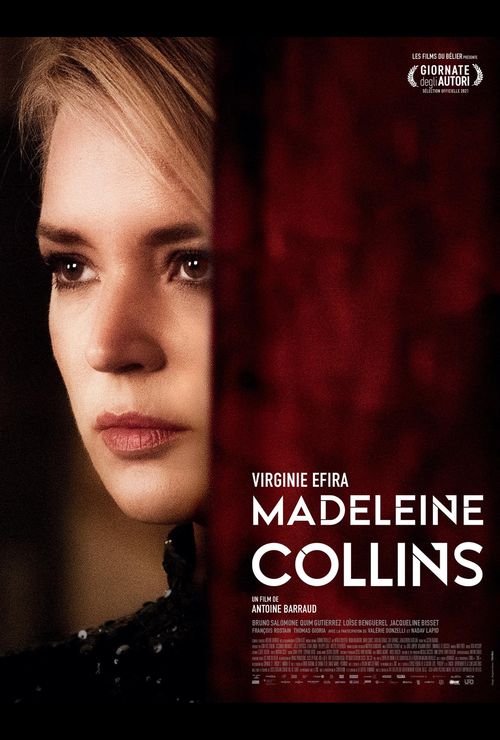