GOLDENEYE is the fifth film in our James Bond Summer Film Series, a six-film series celebrating the 60th anniversary of the legendary franchise. In this entry, James Bond is played by Pierce Brosnan.

When a deadly satellite weapon system falls into the wrong hands, only Agent 007 (Pierce Brosnan) can save the world from certain disaster. Armed with his license to kill, Bond races to Russia in search of the stolen access codes for "Goldeneye," an awesome space weapon that can fire a devastating electromagnetic pulse toward Earth. But 007 is up against an enemy who anticipates his every move: a mastermind motivated by years of simmering hatred. Bond also squares off against Xenia Onatopp, an assassin who uses pleasure as her ultimate weapon. 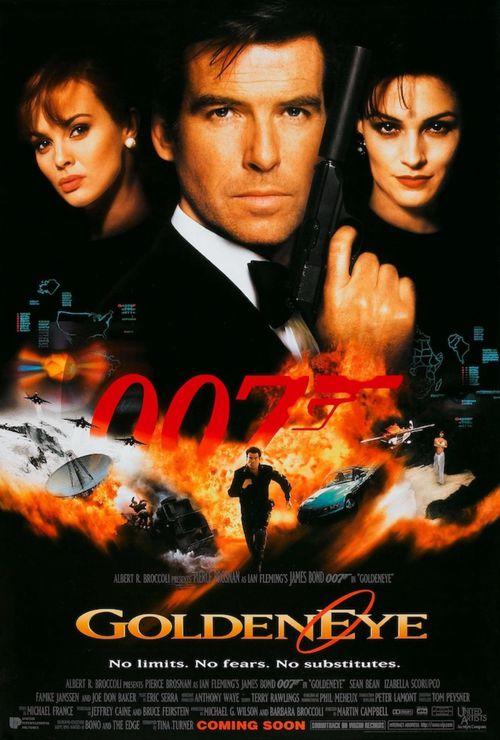