Join Director-Writer-Producer David O. Russell and the cast of 20th Century Studios and New Regency’s Amsterdam for an exclusive IMAX Live Q&A on Tuesday, September 27th at 4:00pm PST/7:00pm EST as part of the Amsterdam: The IMAX® Live Experience. This exclusive fan-first opportunity provides IMAX® and 20thCentury Studios moviegoers the opportunity to screen the upcoming original crime epic in advance of its October 7, 2022 release while connecting with the cast during a live Q&A session (Moderated by TCM host and Entertainment Weekly correspondent, Dave Karger). 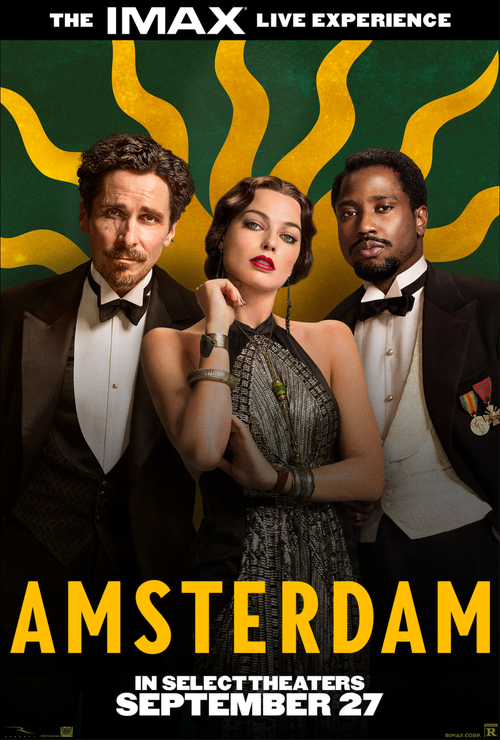